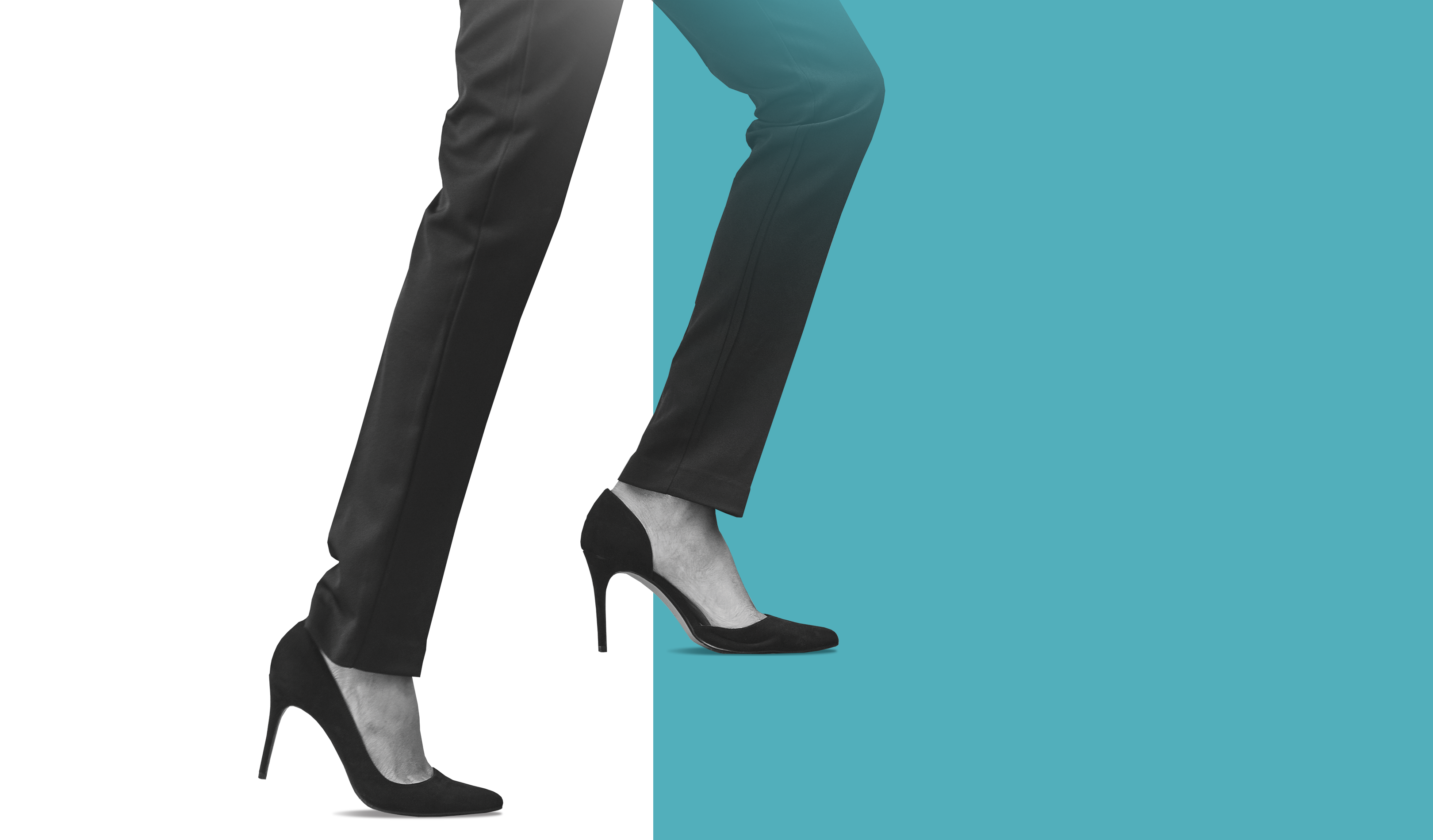 In this first of a nine-part series, we look at one piece of the Jabian Engagement Framework: how growth is a powerful motivator for employees.

By Fred Jewell and Tracy Reznik

“Happiness is neither virtue nor pleasure nor this thing nor that, but simply growth. We are happy when we are growing.” — W.B. Yeats

We feel good when we’re growing. Growth drives engagement. Growth comes from many angles. It can come from relatively small things, like learning something new, ticking something off our to-do list, or getting a “like” on our Facebook post. It can come from more significant life achievements, like graduating from college, getting a promotion, or finally achieving the six-figure salary you always dreamed of.

Neuroscience has shown us that the good feeling we get from growth—like all the engagement drivers—is associated with our brain chemistry. Dopamine is one of the key neurotransmitters associated with achievement and accomplishment. Every time we get that “like” on our social media post, we’re getting a little shot of dopamine, which, in turn, makes us happier and more engaged.

We chose to start this series with the growth driver because the upside of personal growth is unlimited. The only limiting factor on growth is ourselves. Growth can happen until the day we die. We’ve all seen the difference between the senior citizen who is still learning and teaching and trying new things and the senior citizen who has “checked out,” refusing to try new things, eschewing anything that would require work and growth. Which one, in your experience, is happier?

Take former President Jimmy Carter as an example of someone who has continued to grow, even though he has many accomplishments under his belt. As a survivor of pancreatic cancer, President Carter is still going strong and still growing. After serving as president of the United States, he went on to establish Habitat for Humanity International, receive the Nobel Peace Prize, and just recently announced, at age 92, his latest book project to add to the 29 books he’s already written. President Carter keeps proving he still has room for growth. 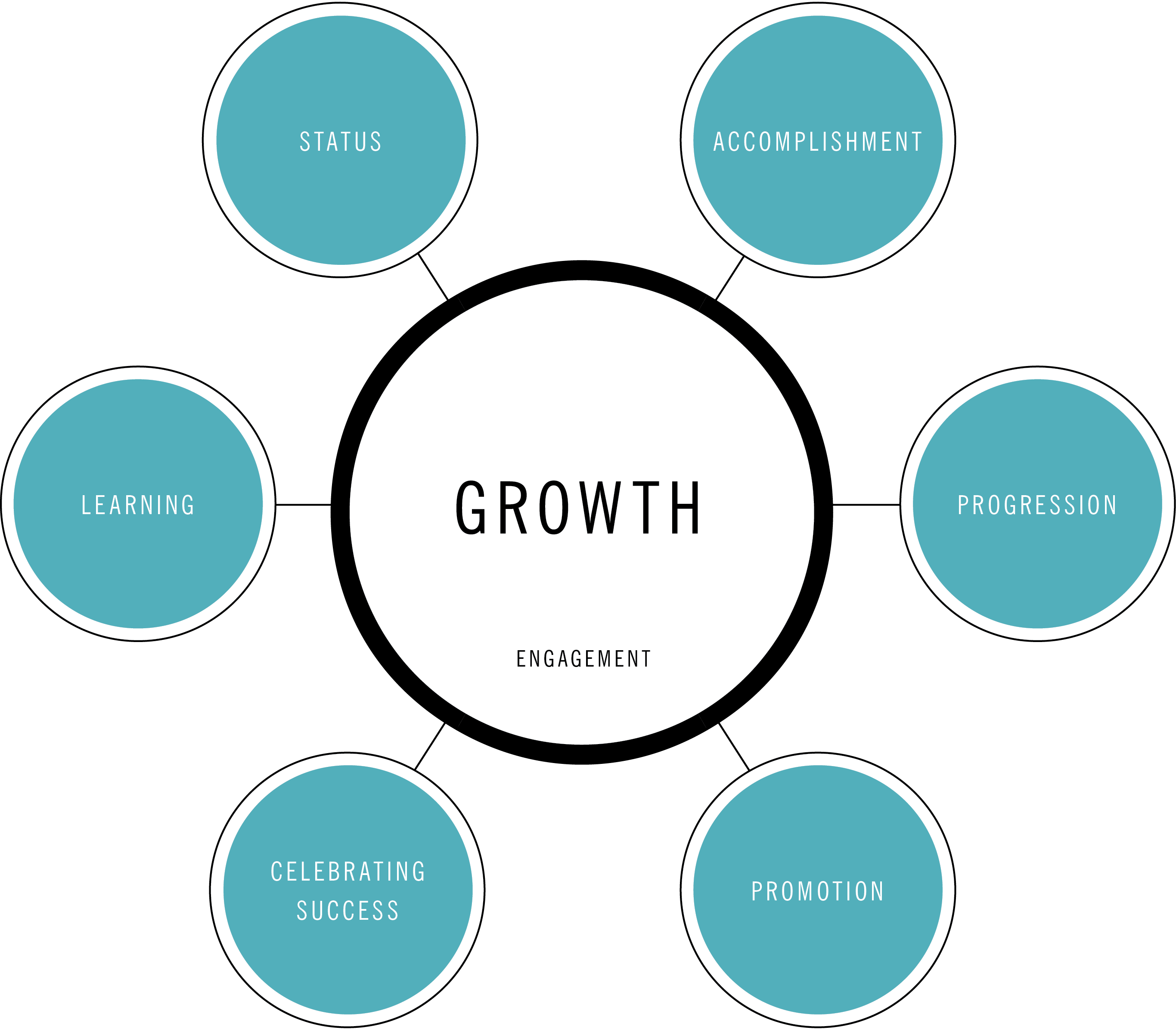 But eventually, you will settle into the new normal, operating at that new level with that new status. Once that stability sets in, the growth effect on engagement wears out. To continue to drive engagement with the growth driver, you need to keep growing, keep changing, and keep striving for that next achievement.

Growth can be either intrinsic or extrinsic. Extrinsic examples of growth involve other people. The engagement and happiness we get from extrinsic growth and rewards comes from the recognition and accolades provided by others. Examples of extrinsic growth include:

Anything that forces us backward on our growth journey is bad for engagement.
Perhaps more important to our long-term engagement and happiness are examples of growth that are more intrinsically rewarding. Examples of intrinsic growth include:

Chris Reinking, one of Jabian’s founding partners, tells a story about the history of Jabian’s thought leadership that illustrates the difference between extrinsic and intrinsic growth. Before The Jabian Journal existed, Chris and our other founding partners looked to encourage consultants to write articles. Simply asking and setting a goal wasn’t working, as consultants were very busy with client work. However, even after offering a reward (an extrinsic motivator), no one took them up on the offer.

A couple of years later, a few of us had written enough thought leadership pieces to create something big. The partners had the idea to create a journal out of what we had developed. Once the journal was published, our people were very excited (an indicator of intrinsic motivation) about the high quality of the writing and the graphics.

Since then, we have not had trouble filling The Jabian Journal with quality content. People are intrinsically motivated to write when they know they have a platform where their writing makes an impact.

Of course, like all the engagement drivers in the Jabian Engagement Framework, a lack of growth will be a negative hit to our engagement. Anything that forces us backward on our growth journey is bad for engagement. Rather than take the time to talk about those hits to our growth, we’ll leave it to you to flip around each of the positive growth components we have discussed and figure out what the negative version of that might look like. 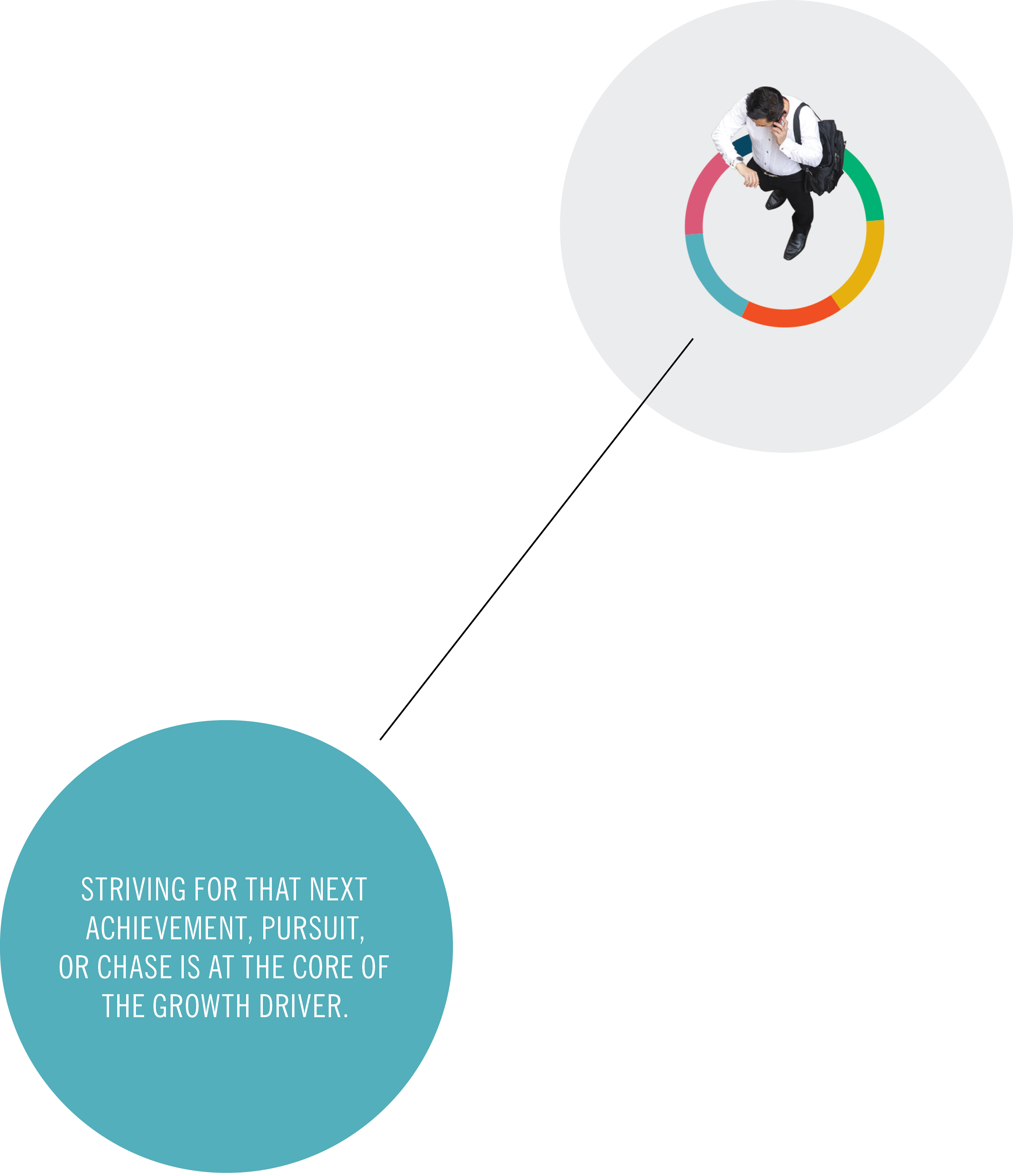 Growth is a powerful driver of engagement in individuals and organizations. Try implementing some of the ideas mentioned in this article, and keep an eye out for ways in which you may be inadvertently minimizing the chances for growth within your organization. Next time, we’ll spend some time talking through the relationships driver, another driver with unlimited upside for generating higher engagement.