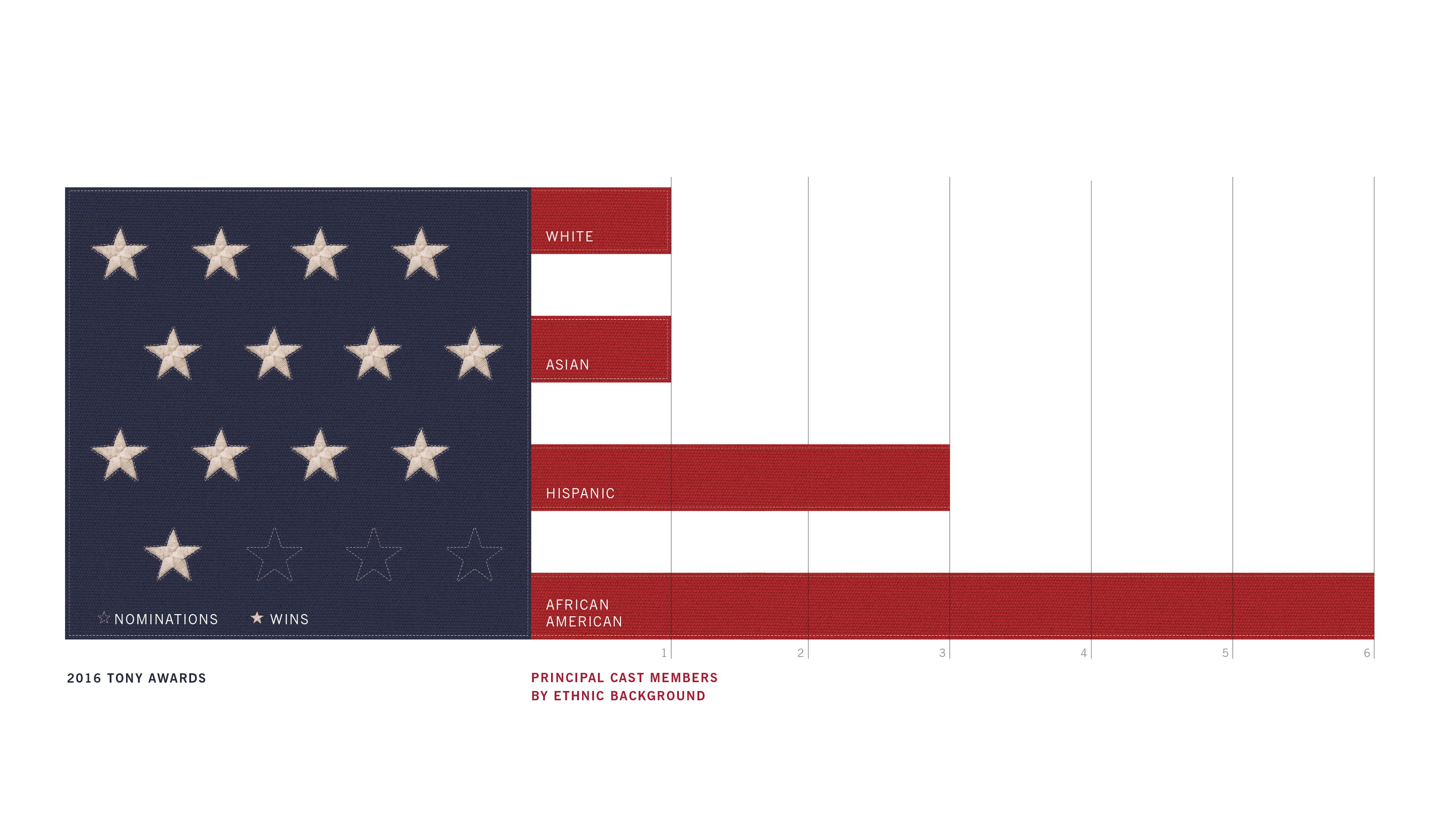 What Can the Musical ‘Hamilton’ Teach Us about Data Visualization?

When you’re gathered in “the room where it happens,” what storytelling techniques will make your presentations sing? Here are a few ideas inspired by a Broadway masterpiece.

“How does a manager, VP, big executive, or an analyst, dropped in the middle of a sad, darkened room for one more conference, no context, no contrast, no common data look up and shake their head at one more chart—ugh!”

OK, you caught me. I am, indeed, in love with the hit Broadway musical “Hamilton.” I went to see it in New York City in October 2016, and I spent the year prior listening to the album nonstop. I thought that when I actually saw the musical in person, my appetite would be satiated. But it was not. I haven’t slowed down. I’ve bought books, read articles, continued to listen to the album(s), and I find myself discovering new details every day.

And I’m not the only one. There are many of us all over the world. How did Lin-Manuel Miranda (the creator of “Hamilton”) do it? How on earth did he create a masterpiece that has resonated with so many people—and one that we don’t tire of?

I will switch gears here briefly, then, I promise, tie it all together.

Let me set the stage of a recent meeting I was in: The room is dark. The presenter is displaying graph after graph. I can’t read the numbers. Every report looks the same. Everyone is quiet and seemingly nodding along—and I am dying. It’s death by PowerPoint.

So, I find myself unconsciously scrolling through email on my phone, thinking about all the things on my to-do list, wondering what I’ll cook for dinner, and generally doing whatever I can to stay alive.

You know what I’m not doing? Paying attention. I didn’t intentionally check out, but I don’t know why I’m here, I’m overwhelmed with numbers and colors, and I’m unsure what action I should take based on the information presented.

So, why can I listen to the same album a zillion times—same songs, same music, same words—with full attention, completely satisfied, but I can’t get through a few minutes of a status report in a business meeting? How can we be so creative, powerful, and engaging in the arts, but we can’t show a graph without our coworkers going to sleep?

Because we rarely tell stories with our data. And you know what one of the best stories is right now? You guessed it—“Hamilton.” So, let’s look at what we can learn from it.

How can we be so creative, powerful, and engaging in the arts, but we can’t show a graph without our coworkers going to sleep?

Who Tells Your Story?

The narrator defines the story, and their point of view matters. If you are telling the story of Alexander Hamilton from Alexander Hamilton’s point of view, then you view yourself as a hero—“the ten-dollar Founding Father.” If you’re Aaron Burr (the man who killed Hamilton), you see him as a pretentious, know-it-all jerk who receives undeserved adoration and constantly thwarts your every move. If you’re Eliza Hamilton (his wife), he’s your heaven (and your hell when he breaks your heart).

This point of view matters—both as a consumer of the information and as the narrator of the information. I’m sure you’ve seen the same dataset presented two different ways that will result in two entirely different conclusions. As a narrator, you have the power to tell whatever story you want (and truth in data is its own topic—covered later in this article). As a consumer, it’s helpful to understand the narrator’s point of view and what motivates them before making decisions based on said data.

The narrator must also understand what motivates and constrains the audience. One of the factors any playwright must consider is time—an audience has a limited attention span for each act, and for the entirety of the musical. Another constraint for the playwright was the historical knowledge of his audience. He could not assume that everyone attending the musical paid attention during US history in high school (*cough* me *cough*). Therefore, who Hamilton was and how he fit into American history had to be explained at a fundamental level. Miranda also sought to create a musical for a younger, “hipper” audience—which created both constraints of cost (ticket price) and opportunities of a new storytelling channel. Tickets to a Broadway show can be pricey, which can discourage a younger audience from attending, so Miranda implemented a ticket lottery (called “Ham for Ham”) where the winners that day could attend the musical for just $10. The opportunity for a hip-hop musical encouraged engagement with his audience using a language they live and understand. You should also consider these same constraints and motivations for your audience:

The takeaway: The role of storyteller is incredibly influential—understanding your audience’s motivations and constraints (as well as the narrator’s) may very well lead to an encore performance.

In a recent interview, Lin-Manuel Miranda noted that if he were to have created a musical with themes of power, immigrants, and decision-makers in our country, it would be incredibly boring—but the conflict in the Hamilton/Burr story is engaging. He used the Burr conflict to tell the story about these “boring” themes. Instead of discussing immigration policy and how it has changed since the birth of our nation, he introduced us to Hamilton, an immigrant, who becomes a Founding Father. Instead of singing songs about power and autocracy, he tells us the story of George Washington stepping down as president so that our nation benefits from the spirit of rotation in leadership.

This is one of the biggest problems with reporting: We focus on themes over stories. If you’re a data nerd like myself, you love the details, you love piecing those details together and learning the themes—and then you want to share it with your audience so they can make the best decisions possible. Those identified themes are important and need to be heard—but the problem is that we go into those meetings with the themes only and not the stories that the decision-makers need in order to be influenced. There are a few ways we can get better at drafting these stories over themes:

In the above example, there were multiple issues that needed to be addressed regarding the customer experience, and all of them could have also been told tangentially using Legos during the above story. However, those tangents would have distracted from driving home the most important theme that needed to be heard during that meeting—that there were too many touchpoints.

The takeaway: Focus on story over themes, and limit those themes so that your audience finds itself thinking back on those themes after leaving the show. 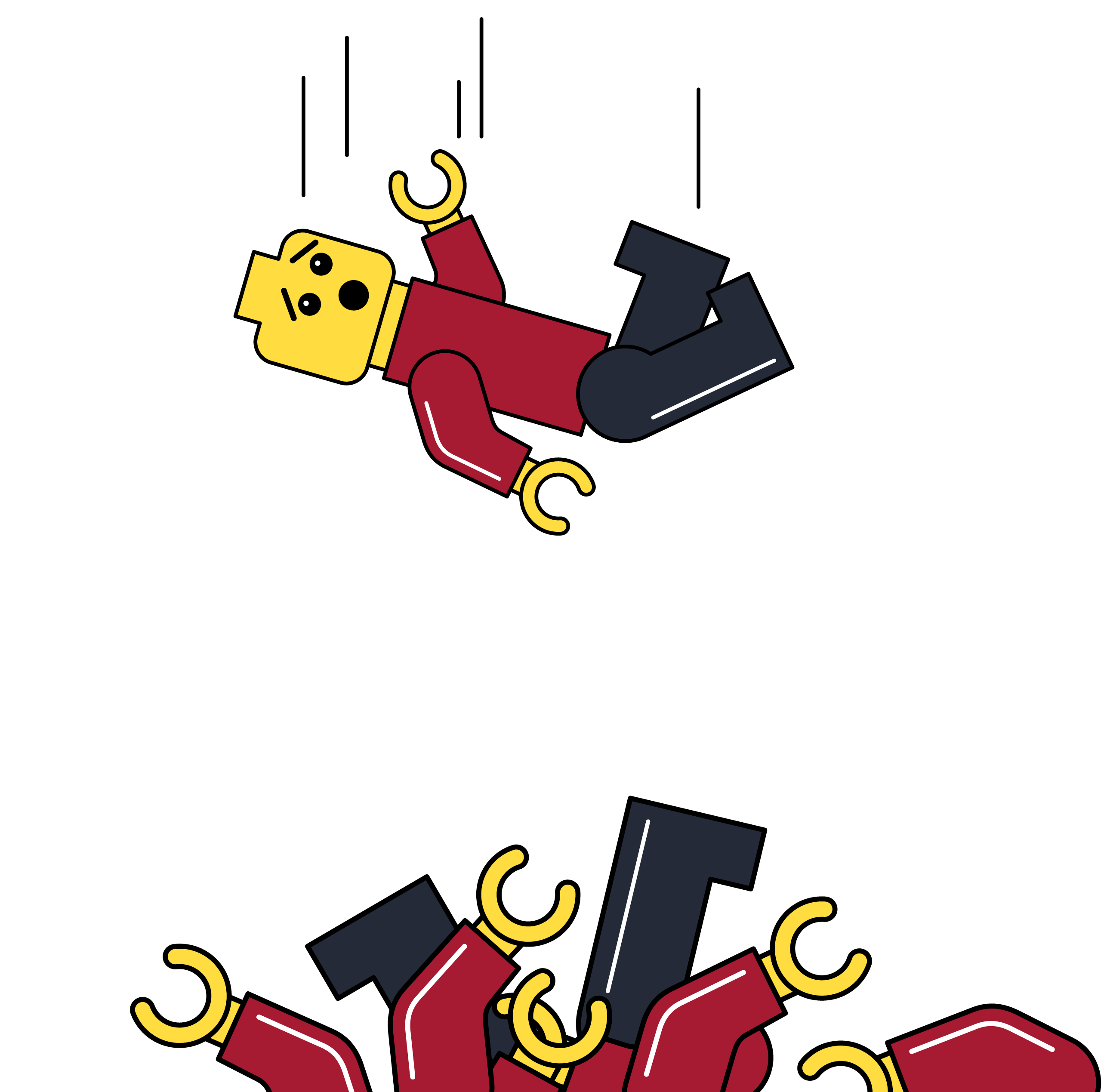 Blow Us All Away.

“Hamilton” makes use of two fascinating modes of storytelling: hip-hop and the use of people of color to portray white historical figures.

So, what does this mean to you? 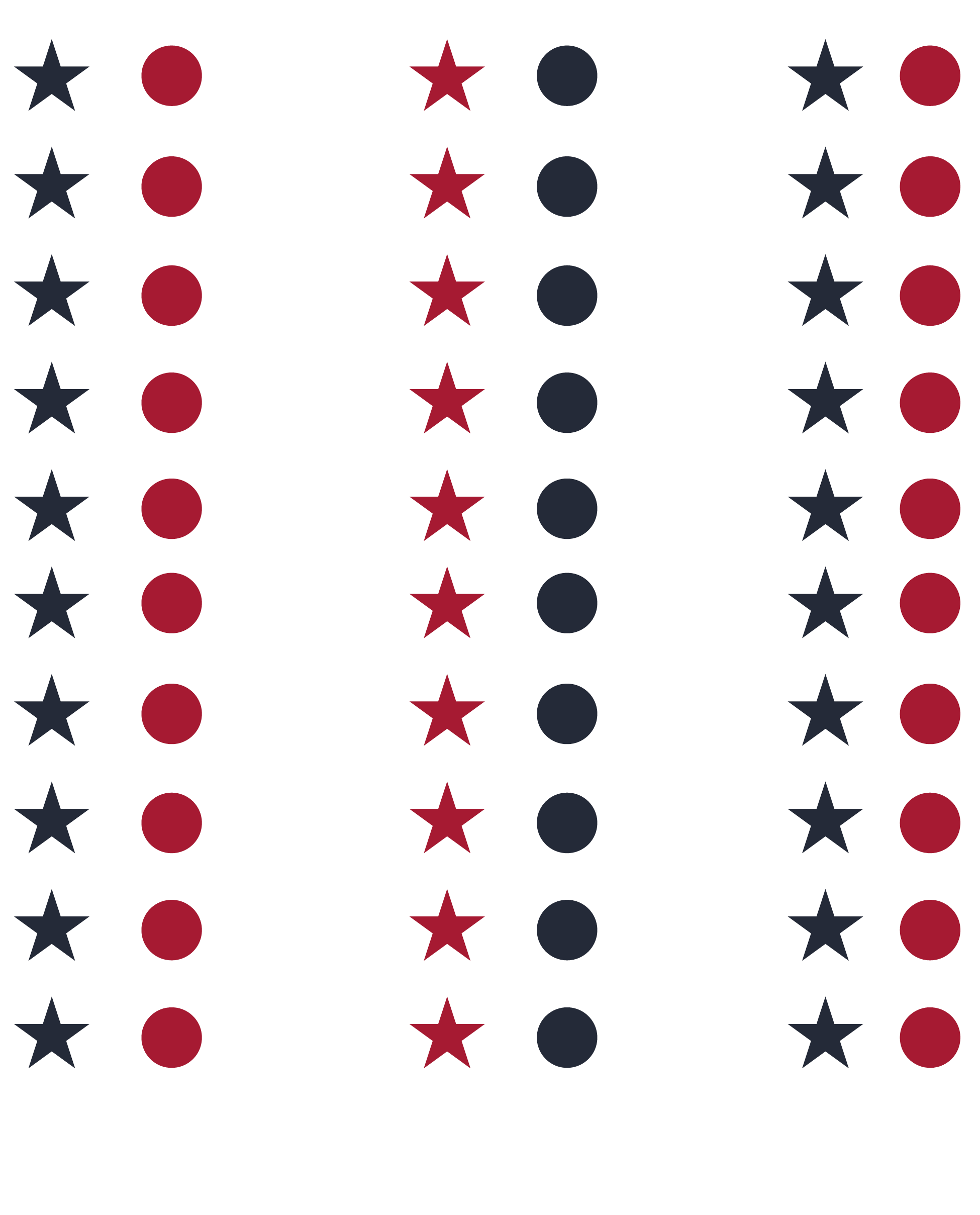 If you need your audience to think differently
about a topic, remove their previous visual cues about the topic.

Say No to This.

Miranda based the musical on the book “Hamilton,” by Ron Chernow. The book is 818 pages long—i.e., it has a ton of details about the man.

So, how does Miranda summarize that information into a three-hour musical so his audience isn’t left exhausted? The answer: editing. As he has said, “For every detail I chose to dramatize, there were 10 I left out,” and “What to leave out is probably the most important.”

I think this is key to telling a good story with data. I have been in countless meetings where extraneous data is on parade. And for data geeks like myself, I get it. I am super fascinated by every twist and turn of the data, what is happening, and why. In other words, I don’t just want to read the Chernow biography, I want to study it, research it, and talk about all of it. But chances are, my audience doesn’t care and/or doesn’t have time for it. So, how do you turn the biography into the hit musical?

The takeaway: Less is more.

History has its eyes on you.

Rumor has it that Alexander Hamilton may have had an affair with his sister-in-law, Angelica Schuyler. There is no smoking gun to point to this, but there are letters between the two that indicate, at a minimum, a strong connection between them. Chernow goes so far as to state in his book that at the time many assumed Alexander and Angelica were lovers. However, Miranda decided not to blatantly depict an affair between the two. Instead, he showed that there was mutual affection and dropped a few lines that make the audience pause and think to themselves, “Wait—is there something more going on between those two?”

Why did he use this approach? Because truth matters. Although the affair MAY have occurred, we don’t know that it actually did, and to depict it would be to state something we don’t know to be true—AND it would significantly alter the story. (You may note that above we discussed changing the locations where Hamilton met his friends in the interest of editing. Why is it okay there but not here? That grouping of information did not impact the story, context, or themes. However, stating that Angelica and Alexander had an affair WOULD impact the story, context, and themes.) Instead, Miranda portrayed the facts that we do have—mutual adoration and flirting via letters. He let the audience draw their own conclusions.

You have the freedom and ability to tell any story you want to tell—true, false, somewhere in between—and you can massage the data to support that story. There are entire books dedicated to using data visualization to intentionally mislead audiences. I am reminded of the quote, “If you torture the data long enough, it will confess to anything.” However, once you’ve misled an audience (whether intentionally or not), they may not trust you going forward. In fact, the principle of integrity in data visualization can make or break you. You can have the most creative, engaging visualization that has ever existed, but if you don’t have the truth, then you’ve lost your audience—not just now, but for the future as well. Following are some simple guidelines to avoid losing trust by anchoring to truth:

The takeaway: An audience’s trust can be earned by anchoring your story in truth and integrity.

So, what comes next? This is a lot of information to digest and apply—and just like in “Hamilton,” there are many things left unsaid. However, if you can apply just a few of these principles, you will be well on your way to telling a more compelling story. I can’t promise a standing ovation, but I would bet your stories will keep your audience more engaged in the room where it happens.