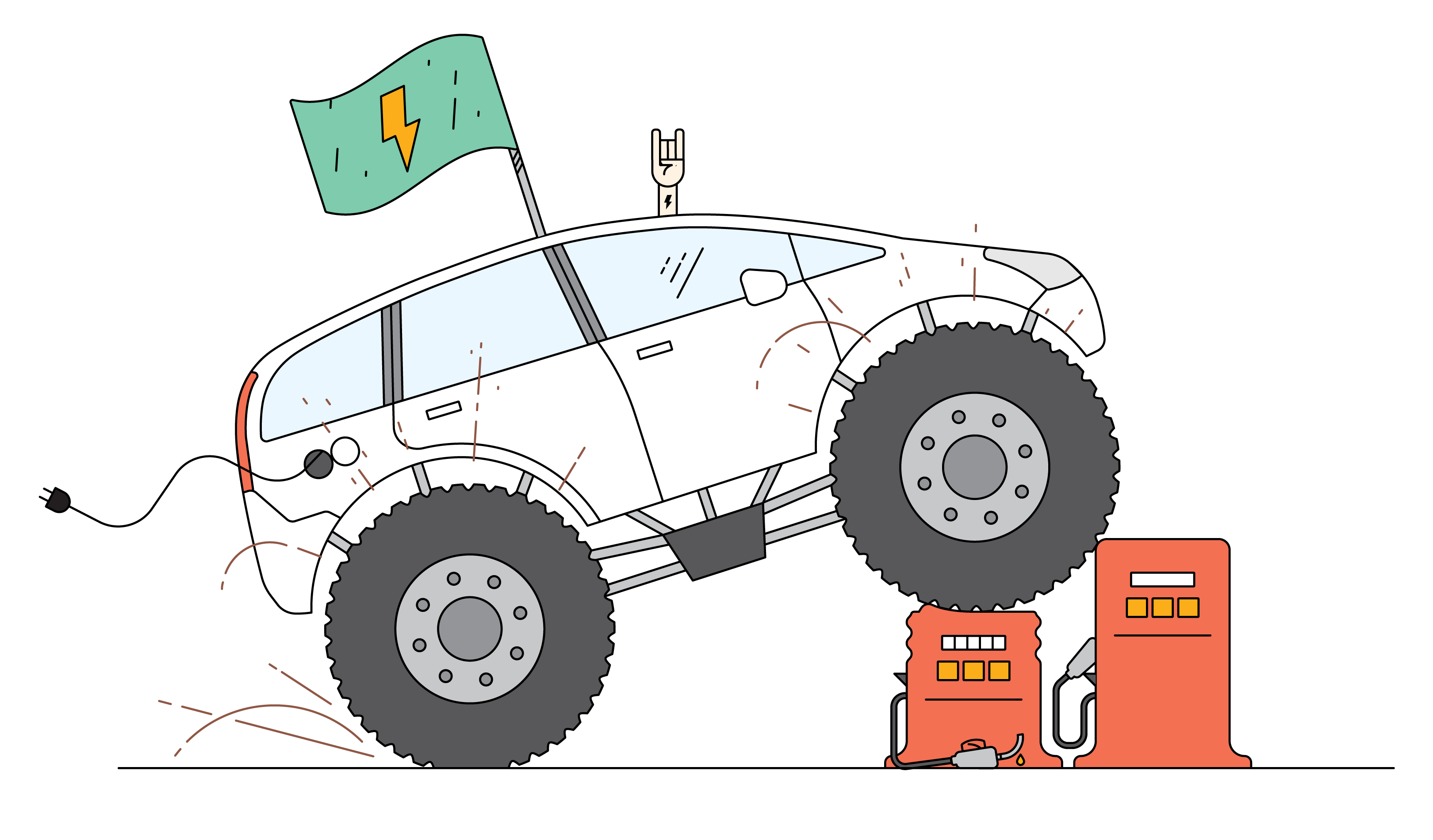 The Future of the Electric Vehicle

The electric car is poised to dominate the market by 2025.

Every innovation is eventually eclipsed by superior technology or a new, unique application of the innovation. In just the last few decades we’ve seen cassette tapes, CD-ROMs, and even traditional television, among others, get passed by in favor of better- performing products and applications of technology. In the automotive industry, we are on the cusp of a similarly massive shift as traditional gas engines give way to fully electric vehicles. Three factors will determine the speed of this shift: battery performance, automation of the vehicle, and the customer service experience.
I

Lithium-ion batteries are constantly improving, but reaching a sustainable and affordable price per kilowatt-hour is still several years away. Without the subsidy-free price competition against gas-powered combustion engines, mass adoption is not likely to be sustained. Several non-lithium-ion battery technologies show potential, such as magnesium-ion and lithium-sulfur, but these lag behind lithium-ion on the adoption curve. Time to market is still at least a decade away. By then, companies such as Tesla say they will have a lithium-ion battery that is as affordable as a gas-powered engine through the use of its Giga factory production.

One way manufacturers are enhancing battery performance without touching the battery is through the use of lighter materials in the vehicle. Instead of steel, manufacturers are turning to aluminum or carbon, both stronger than steel, although more expensive. Reducing overall weight reduces the stress on the battery. Manufacturers are seeing 15–20 percent gains in efficiency when vehicle weight is reduced by 20 percent.

While improving battery performance will hasten the adoption of electric vehicles, so too will improving the performance of automation within vehicles. Manufacturers have been slowly introducing automation over the last several years with features such as parking assist, automatic braking, and smart cruise control. The idea of a fully automated driving experience is the next big step. Recently, Tesla introduced fully autonomous highway driving technology in its Model S vehicles. According to a recent Jabian Consulting survey of 1,000 U.S. consumers, more than half of those surveyed believe safety would be enhanced if everyone had an autonomous vehicle; 40 percent believe we will have fully autonomous vehicles within the next five years.

Automation will speed the adoption of electric vehicles through self-diagnosing technology that will require fewer trips to service providers and quicker fixes, often done through a simple software update. According to the same Jabian survey, more than 60 percent of respondents said they would pay extra for an app that tells them what’s wrong with their car. Because an electric vehicle has significantly fewer moving parts than a combustion engine, replacement parts—prescribed by the vehicle itself—could be created at home on a 3D printer and installed by the owner. Five years ago, no one ever thought a car would talk to a printer!

One of the main drivers of electric car adoption will ultimately be the customer experience, most notably in the service ecosystem. The ability of consumers to become more educated and smarter about their vehicles, either through availability of information on the Internet or through self-diagnosing cars, continues to threaten the traditional vehicle service experience. As women have emerged as the primary influencers and users of auto services, dealerships and other service centers have failed to adopt practices and behaviors consistent with consumer expectations. In the same Jabian survey, more than 60 percent of women reported knowing more about their vehicles than the service technician gave them credit for. When asked what they most wanted from their service experience, women cited respect. More than 45 percent said they are considering an electric vehicle for their next purchase largely because of the minimal need for service.

Women are also more likely than men to purchase a vehicle online, similar to Tesla’s delivery model. As influence has grown among women, and expectations for the service experience have been missed, opportunities abound for electric vehicle sales that can capitalize on the void created by the traditional auto experience.

The future of electric cars is certainly a bright one. Though the hurdles for more rapid adoption continue to be on the legal side more than the technology side, those are quickly being overcome. While electric vehicles today only make up about 1 percent of all vehicles on the road, adoption is increasing at a rate that could see electrics dominate the market by 2025. It’s probably time to start thinking of the electric car version of the “gas guzzler.”

40% of respondents believe we will have fully autonomous vehicles within 5 years.

60% of respondents would pay extra for an app that tells them what’s wrong with their car.

45% of respondents would consider buying an electric or alternative-fuel vehicle for their next purchase.

60% of women reported knowing more about their vehicles than the service technician gave them credit for.

Want to know more about the future of the automotive industry?