From his own personal history to those of some of today’s most successful executives, Bill Treasurer knows what real leadership is, and the signs for when a leader is about to be kicked in the ass. 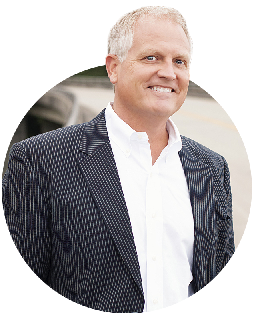 We spoke with Bill, author of A Leadership Kick in the Ass, about the leadership trait that is the surest sign that a leader has been humbled, or is about to be, what makes up great leadership, and how humbled leaders can emerge stronger and more successful than before.

There are so many books on leadership. Why write another one?
I think as a topic, leadership authors tend to put a rosy veneer on the idea of leadership. There are books that give you the steps, and if you just follow these steps you’re going to be an effective leader. What I realized was that on one hand, a lot of books about leadership are really focused on helping the leader become more confident. On the other hand, my own experience working with leaders has shown that confidence is usually there, but we also want a leader with humility. And that’s sometimes contradictory to what they think about leadership. When I think about the best leaders I’ve worked with, they’ve had a good blend of both, and when you dig around to find what gave them humility, it almost always comes back to some humbling event in their careers or lives. That’s what I wanted to write a leadership book about—the hard aspects of leadership that bring depth and humility to leaders, which ultimately make them stronger.

What about a leader who is already a naturally humble person?
Clint Hurdle, manager of the Pittsburgh Pirates, wrote the foreword of my book and he has a great quote. He said that he’s learned there are two types of leaders: those who have been humbled and those who are about to be. So, chances are that the naturally humble person has already had their kick in the ass at some point.

Are there warning signs or indicators for leaders who are about to be humbled?
I think one of the most telling signs may be that there’s not enough dissent among the people that work with you. In other words, you’re getting a lot of yeses to ideas that you have. In some respects, if leadership seems easy, there’s probably something wrong. Another sign is if you’re losing people more than normal. They might be leaving because of you!

In some respects, if leadership seems easy, there’s probably something wrong.

Are there warning signs or indicators for leaders who are about to be humbled?
I think one of the most telling signs may be that there’s not enough dissent among the people that work with you. In other words, you’re getting a lot of yeses to ideas that you have. In some respects, if leadership seems easy, there’s probably something wrong. Another sign is if you’re losing people more than normal. They might be leaving because of you!

What are some of the things that a leader can do when they’ve experienced a kick in the ass?
The first is to sulk. You’re going to do it anyway, so just get it over with. Then you have to figure out and ask yourself, “How did I contribute to this ass kick?” Absolutely refuse to not learn from the experience. Capitalize on it. Then, identify three actions that you commit to taking to ensure that you learn the lesson and don’t have to learn it again. This also helps: Every single leader needs to surround themselves with at least one chief ego deflator whose role it is to call the leader on their failings. They need to be empowered to hold up the mirror and help the leader catch themselves before they do any damage— to themselves or others.

What about focusing on a leader’s strengths?
There’s a tremendous amount of literature out right now about playing to your strengths, avoiding your weaknesses. Working toward strengths makes sense, right? What I talk about in the book is the overuse of your strength. When overused, strengths can start to have diminishing returns. For example, if you’re quite articulate and you always have a speaking slot at the company off-site, you might tend to feel the need to chime in during meetings because you’re so articulate and eloquent. That can spiral into hogging airtime and not letting others speak, which leads to resentment. Overuse of the initial strength has caused a weakness. I’ve never seen a failure that wasn’t an overuse of somebody’s strength. Strengths are good things … until they’re not. So in assessing one’s strengths, it’s good to also assess their overuse.