Tino Mantella wanted to become a wrestling coach after college. A lot of people are very fortunate he didn’t. 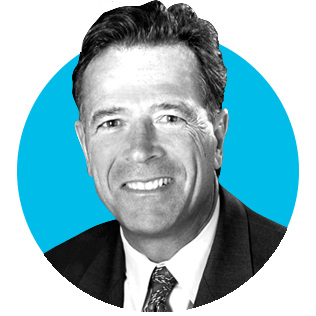 Tino helped grow nonprofit and community organizations such as the YMCA, Arthritis Foundation, and Technology Association of Georgia (TAG) into powerhouses in their communities, capable of driving real change. His leadership enabled expanded programs for everything from gang and homeless prevention to research and employment growth. Not bad for a wrestling coach wannabe. After 12 years running TAG, Tino is stepping down at the end of 2016 to focus on new challenges. Jabian asked him to reflect on a career dedicated to making our world a better place to live.

How did you decide a career in the nonprofit world was the life for you?

When I went to college, I was actually recruited to play football, but ended up going on a wrestling scholarship. At the time, I thought I wanted to be a coach of some sort, and most of my education was around that goal. But I worked part-time at a home for neglected children in between my studies and sports, and found it to be very personally rewarding. As I went further in my studies, I realized I didn’t really want sports to be my life, so as many people do, I switched gears during the last part of my undergrad and into grad school.

As I was finishing up my graduate degree, someone suggested I apply for an opening as a city park director in Harrisburg, Pa. I ended up getting the job, and that was the start of my community service and nonprofit journey. During my time there, I worked closely with the local YMCA, and the head of the region was impressed with how I’d been running the park district, so he recruited me into the YMCA. After that, I was hooked.

You spent a lot of time with the YMCA all over the country.

I did, just over 20 years. In the YMCA, if you want to move up, you have to move around a bit. I worked in executive roles in New Haven, Conn., and New Jersey. That was a really nice-sized operation, I think about $6 million annually. We grew it to $6 million from just under $3 million. I really enjoyed the experience and wanted the chance to run a larger YMCA operation, and a spot in Chicago became available.

At the time, the Chicago YMCA was more than three times the size of New Jersey’s, and here I was not even 40 years old. It was unheard of for someone like me to get the job, because a lot of times, you have to jump through flaming hoops and go through every rung of the ladder before being considered. But I thought, I’m just gonna give it a shot, and I went out there a few days before my interview to speak with the leadership. When I got to the interview I was loaded up with information, and I think that impressed them. I ended up running the Chicago YMCA for 10 years. We grew it from $40 million to more than $100 million, which I’m incredibly proud of, because it allowed our social programs to flourish. We worked to get kids out of gangs, to provide senior care, infant mortality prevention, etc. It was a fun and rewarding time.

Sounds like you had the world on a string. Why did you leave for Atlanta?

It was a fantastic role, but after a decade of doing it, I was just anxious to do something different and keep growing. The phone had been ringing with a few different opportunities and ultimately, I decided to move to Atlanta to be the CEO of the national Arthritis Foundation. That’s how I got to town. I spent two years with the organization, and then left to join TAG where I felt I had a real ability to drive change.

How has the Technology Association of Georgia changed since you took over?

It’s been really fantastic to be a part of it. When I joined the organization as its leader almost 12 years ago, there was a lot of energy. We wanted to be the voice for technology, but I said we haven’t earned the right to be that yet. We were just in survival mode. So we had to build the organization and earn the right to be that voice, and I feel that we have done that. A lot of companies start off and want to be the go-to for this or that, but they haven’t earned that ability in the eyes of the consumer. Build a great organization and that ability will follow.

What advice do you have for new leaders in the nonprofit world?

I think it’s really important to have an assessment period, or what I call my 90-90 rule. I meet with 90 stakeholders in the first 90 days and I’m asking them all kinds of questions about the organization, what their vision is, and how we can improve. It helps you identify who the heavy hitters are and simultaneously develop a good network of community leaders. It helps set the stage for short- and long-term strategy.