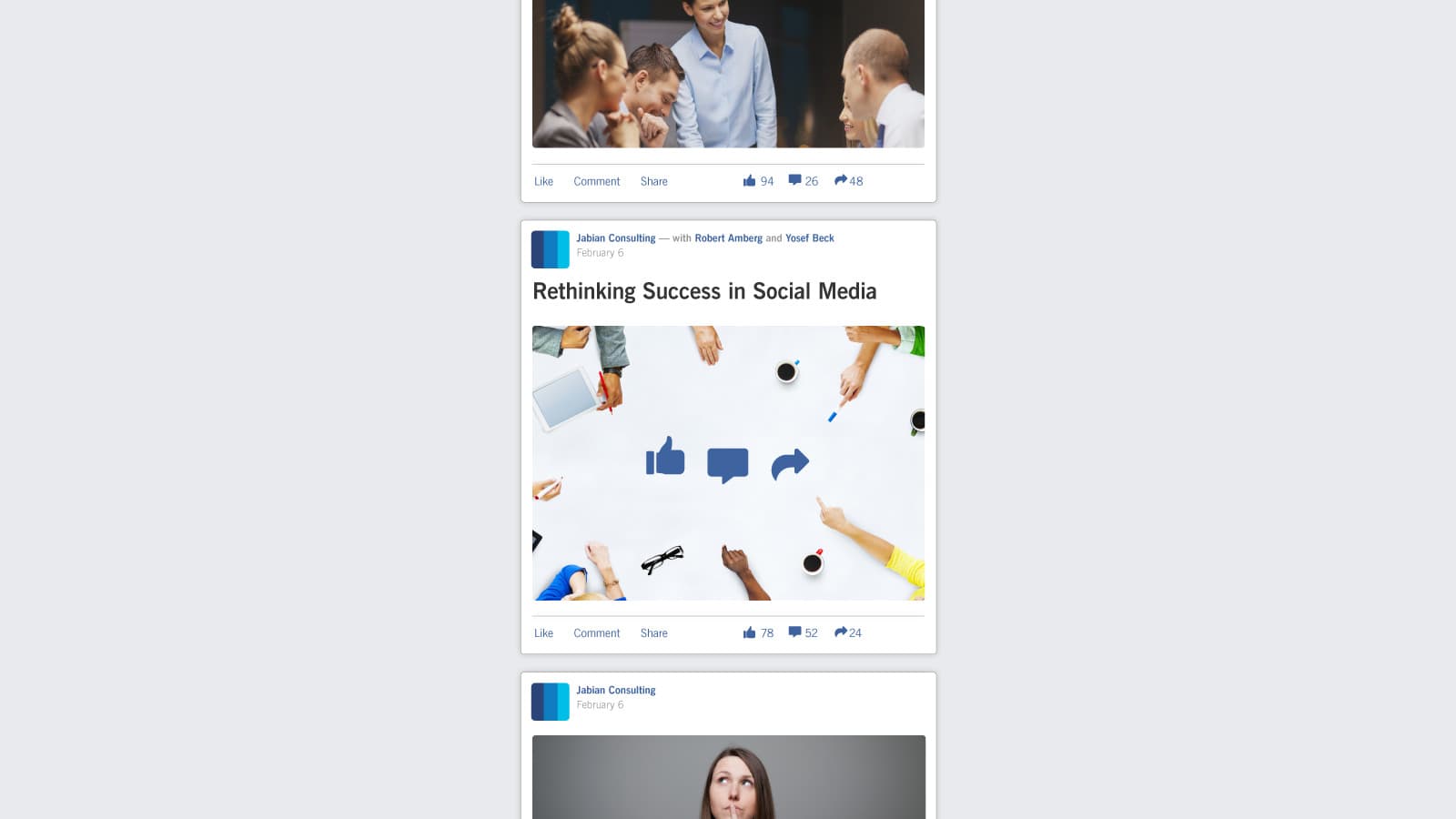 The gold standard of success in social media used to mean more likes, followers, or views. Then, the ability to buy those likes, followers, and views quickly called into question the accuracy of using them as a metric. People began searching for a new measuring stick. This pivot is not dissimilar to the evolution of nearly all marketing channels.

Advertising used to be judged on impressions and favorable reactions from focus groups. Public relations was measured on media standards such as print circulation or Nielson ratings. The problem with metrics like circulation or impressions is that a negative story or a bad ad that is run in the popular media rates no differently than a good one because the metric is based solely on how many people read the story or saw the ad. Those metrics are still tracked today, but with a lower degree of confidence in their ability to move the business needle.

The best business users of social media discovered early on that social media is simply an extension of a person’s circle of influence — one of the most powerful forces driving buying behavior. A person’s circle of influence consists of his peer group, aspirational social group, and market credibility. Two of those three groups must be seen as responding favorably in order to gain validation — creating a trusted circle — and promote a purchase. Social media causes reduced buying cycle times because of the immediacy of this trusted circle validation. Consider the following example of a purchase process for denim jeans with and without social media:

Stacy sees a print advertisement in a monthly magazine for Guess jeans and decides she likes the way they look. (Statistically, based on advertising recollection studies, she has actually seen the ad seven previous times without being able to recall it.) She then sees a commercial on TV for the same pair of Guess jeans; again, she likes the way they look. A few days pass and, while shopping at the mall with friends, she passes a display of the jeans and comments to her friends how much she likes them. They all agree; she decides to buy them. Total buying cycle time: one week.

Stacy is scrolling through her Facebook feed and sees an ad from Guess jeans. She likes the way they look, but also sees that two of her friends have “liked” the Guess jeans brand page. She clicks the ad, which takes her to a promotional video on YouTube, highlighting the different styles (modeled by celebrities) and describing how the jeans are manufactured locally using environmentally safe processes. She shares the video on Facebook and Twitter and within a few hours has 14 “likes.” She surfs the web and, thanks to tracking cookies, sees additional ads for Guess jeans, offering free shipping and returns. She proceeds to buy the jeans. Total buying cycle time: two days.

While these are hypothetical examples, they illustrate social media’s dominance of speed
and validation.

The technology might be revolutionary, but the basic tenets of social media are as old as cave drawings.

The technology might be revolutionary, but the basic tenets of social media are as old as cave drawings. People from the dawn of time have told and listened to stories, engaging one another to share experiences that advance ideas, educate, or entertain. The biggest difference, and the cause of social media’s greatest strength and weakness, is speed.

Strength: Speed of communications allows you to fail quickly and cheaply. You can conduct pulse checks, run impromptu surveys of followers, or preview new wares. If responses come back negatively, you can stop production (if the product even got to production), you can make adjustments or scrap your plans altogether without spending a fortune.

Speed can also thrust a brand into the national conversation if timed correctly. Consider Oreo’s tweet heard ‘round the world during the 2013 Super Bowl power outage. A simple “You can still dunk in the dark” tweet with a picture of an Oreo immediately generated millions of impressions, shares, and dialogue on the most-watched TV program nationally, without spending a dime on traditional Super Bowl ads.

Weakness: Alternatively, speed can give a brand a serious black eye before it has time to react. Consider recent examples from Kenneth Cole and J.P. Morgan. During the deadly Egyptian protests in 2011, Kenneth Cole sent out a particularly insensitive tweet that said, “Millions are in uproar in #Cairo. Rumor is they heard our new spring collection is now available online.” The company included a link to purchase.

In 2013, unaware that their brand had yet to recover from the financial crisis, J.P. Morgan announced 24 hours ahead of time it would host a Twitter-chat to answer questions with its customer base, but grossly misjudged the reactions it would receive. Within three hours, the company had hundreds of retweets with quotes such as, “@jpmorgan — where do I send my resume? I’m smart and have very flexible morals,” and “What’s it like working with Mexican drug cartels? Do they tip? #AskJPM.”

In both of the negative cases, the brands were completely unprepared for the speed at which they would have to react. As a result of the miscalculations, both businesses took a hit to their reputations and their bottom lines.

Early print advertising pioneer John Wannamaker once said, “Half the money I spend on advertising is wasted; the trouble is I don’t know which half.” The same could be said for early-stage social media. As social media continues to evolve into a more consistent and measured form of marketing, we will see new and innovative use cases. We will also see new ways of measuring success, just as advertising has morphed from newspaper print ads to product placement and endorsements.

In the early days of social media, it was enough to just “get in and try it,” but today that advice could ruin your brand. Understanding the best metrics to gauge real business results will ensure the effectiveness of your social media program. Spending the time up front to validate that your metrics for success are really giving you the true story will keep you from spending time and effort on less meaningful results.