Amanda Doherty is a professional golfer and LPGA rookie who made her debut at the 2022 Gainbridge LPGA in Boca Rio, Florida. Our conversation with Amanda focused on her start in golf and her experience as she transitioned to a full-time professional career in golf. Jabian Consulting is one of Amanda’s primary sponsors as she pursues her dream and sets a positive example for women and girls everywhere. 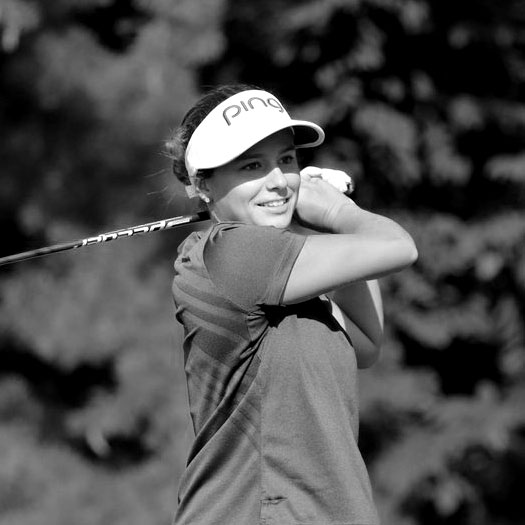 How old were you when you got into golf, and what was the catalyst for that?

I played various sports growing up, and golf was one of those on the list. By the time I was in seventh grade, golf was the only sport I was playing. My parents were my biggest influence on getting started in golf, especially my dad. Their intention of putting us into sports was so we could have fun, be athletic, and handle ourselves, and I ended up loving golf more than anything else. We played all the time growing up and eventually, I started playing in junior tournaments.

What was the process of getting to Florida State University like?

I spoke with Amy Bond, head coach of Florida State’s women’s golf team, on the phone and she told me, “Come visit if you’re ever passing through Tallahassee,” and unless you’re driving from Texas to Miami, you don’t really pass Tallahassee, at least from Atlanta. At first, I thought they were not interested. Shortly after, I got into a national junior tournament, which was the first big event I played in, and all the college coaches were out there scouting. I played well during that tournament, and it was good timing because Amy was there watching. I spoke to her again that same day, and this time she asked, “When are you coming to visit?” So, I went on to visit Florida State and committed shortly after.

My parents were my biggest influence on getting started in golf, especially my dad. Their intention of putting us into sports was so we could have fun, be athletic, and handle ourselves, and I ended up loving golf more than anything else.

What was your experience like playing in the inaugural Augusta National Women’s Amateur?

I remember when I got the phone call though it didn’t immediately register when I saw the caller ID said Augusta, Georgia. It turned out to be Augusta National, and they asked if I wanted to play. I immediately called my dad to let him know the news and he volunteered to caddy. It’s an amazing place and the greens are so much more difficult than they appear on TV. I played well enough to earn an invitation back the next year but unfortunately that was cancelled because of COVID-19. It was a tournament I’ll never forget.

At what point did you decide you wanted to make a career out of playing golf?

I started considering it back in high school, especially around the time I started looking at colleges. One aspect that was important for me was to look at schools where players continuously improved, and I was constantly checking player stats. Later in college when my world ranking got better and I started winning a couple of decent-sized events, I felt confident that I could compete professionally.

Is your world purely focused on golf right now?

I love to watch golf, but when I practice all day and then I come home and turn it on, it’s too much. So, I don’t let myself watch it often because I need a break.

Do you have any golf role models?

If I had to pick a role model, I would say Tiger Woods. I was young when he was crushing everybody, and I remember watching him on television all the time. Everyone wanted what he had and I appreciated how much work he put in.

For the LPGA tour, is there someone that you are excited about being paired with or hope to be paired with this year?

It’s exciting to play with some of the big names, regardless of who it is. I’ll probably be a little more excited than I will want to show on the outside, but it’s important to keep in mind we are all trying to focus on working hard. I think being paired with a top player would be helpful to see if I can learn anything from their playing style or how they approach the game, the fans, and media attention.

What has been the biggest change going from an amateur to a professional?

Honestly, just that everybody is really good. People aren’t winning these events with much lower scores than people would win an event in college, but it’s much more stacked top to bottom. Also, realizing that the style of play is slightly different. In college, you’re playing for a team and doing what’s best for the team. That’s where I learned how to play conservatively in certain situations.

When you’re younger, you want to go for everything. At least I did. I was taught to play smarter, and it ends up being better for the team. When playing professionally and the way the purse is laid out, things are so top-heavy. Playing more aggressively to have good finishes doesn’t always work out, but if you play the middle of the road all the time, it’s not going to get you far. You have to know when to attack and can’t just try to be safe all the time.

Lisa Chirichetti has been your coach since you started playing at the Country Club of Roswell. How did she support you once you went off to college?

My coaches at Florida State would frequently talk to Lisa to make sure everyone was on the same page. Florida State is big on working with the coaches you’ve had. This way, they’re not trying to change stuff right off the bat or force change like certain programs sometimes do. I would send Lisa videos, or my college coaches would help me send her videos, and then they would help me improve based on her feedback.