Brian Himstedt is the CIO of the 2015 World Series champion Kansas City Royals. 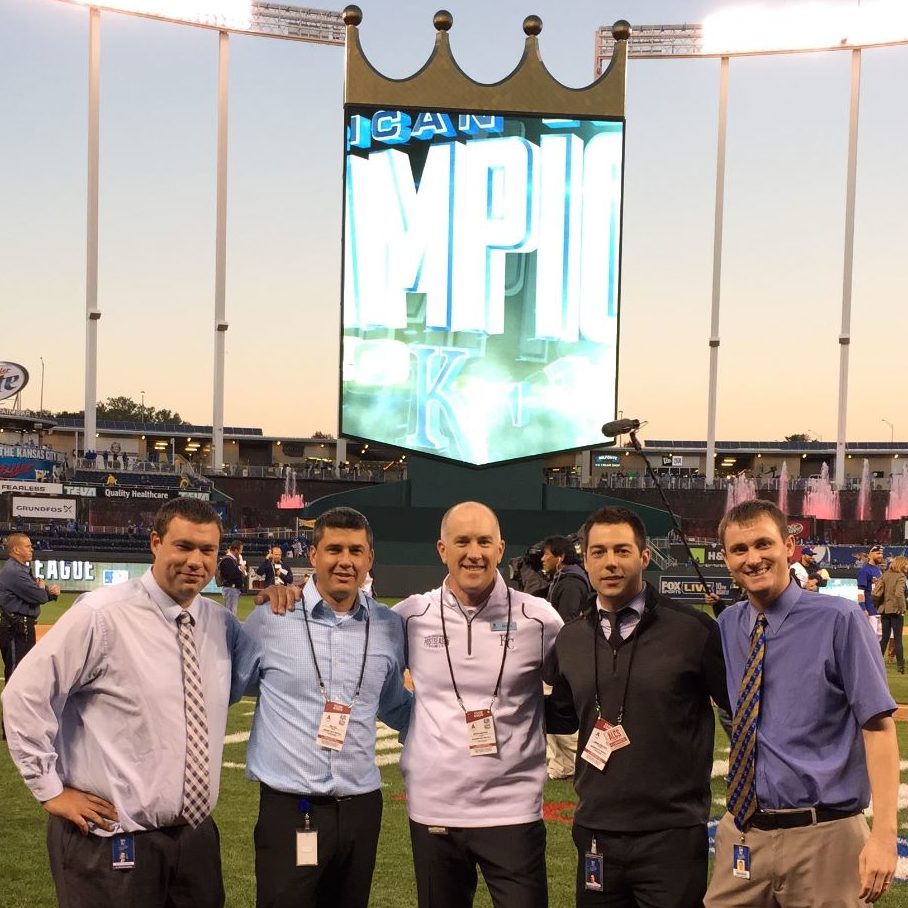 Think you know what it takes to run the technology side of a Major League Baseball team? Think again. The sport, enduring one of its longest stretches of growth and stability, is growing in popularity and availability thanks in large part to visionaries in the league like Himstedt. He was kind enough to share some “inside baseball” with us, showing what goes on behind the curtain, the competition between the teams’ back office staffs, and what it feels like to be a World Series champion.

I think one of the changes where we’re seeing the biggest impact, and the biggest opportunity for all teams, is the availability of the game anywhere you are. The disassociation of what team you root for and where you live is starting to increase more and more. The increase in people moving around the country, coupled with the ubiquity of technology allowing people to stay connected to their team, means that the country doesn’t have as many pockets of fan bases. They are more spread out, which is great for the teams, and ultimately great for baseball.

How did you get into your role as CIO of the Royals?

I worked with a friend at a large consulting firm who became the CIO of another MLB team in the mid-2000s. I was still in consulting and then went to work for a marketing agency. My friend was one of the first CIOs in MLB who came from a consulting background and really brought that perspective to the organization. The Royals approached him about helping them write a job description for my role, and asked him if he knew anyone who would be qualified. That’s how it happened. I remember during my interview it was down to me and one other person, and my marketing background—coupled with my consulting expertise—really proved valuable. I said, you know what, we’re a media and entertainment organization and my job is to help us maximize our ability to generate revenue. I haven’t looked back since.

Do you and the other team CIOs collaborate, or is the competition off the field just as intense as on?

I think we all love to compete on the field and obviously we all have passion and egos that want our team to win. But quite honestly, the wins and losses on the field are up to the players, and if we as a collective organization can help baseball grow and sell more tickets, we all win. We all get to share in the success because of the way revenue sharing is structured and other arrangements. We do a lot of things off the field cooperatively just to help grow the game of baseball.

I think it’s healthier now than it’s been in a long time. We’re in one of the longest stretches of labor peace in recent memory. That kind of stability grows the trust of fans and brings them out to the game. We don’t have the same kind of negative perception some other sports are dealing with at the moment, so we’re able to move forward and grow the game. We also, as I mentioned before about the ubiquity of the game, have an organization called Major League Baseball Advanced Media that does, I’d say, an unparalleled job in bringing the sport to the fans in a compelling way that I don’t think anyone else does. Before this group was formed, each team was responsible for its own fan-facing media, like a website and such. The richer teams would have excellent sites, while some teams had really bare-bone stuff. The clubs got together and decided to form MLBAM for the betterment of baseball, and it’s made such an amazing difference. You now have one organization responsible for maintaining the team websites and content, offering things like MLB At Bat and all the streaming on MLB TV. They’re so good, they even do the streaming for HBO Go. The consistency is so good no matter where you go.

Are they responsible for all the data at games?

They provide the infrastructure and technology, set up agreements with vendors, make the information available to the clubs, and productize that information to the fans, in the form of MLB At Bat and other platforms. Think of a ballpark like old-school math coordinates, with home plate being 00 and the left field line being the Y axis, right field line being the X axis, and anything up in the air is the Z axis. They turn every movement by every ball, player, and coach into data. It’s given back to the clubs for analytical purposes. Every team gets the same raw data and what we do with it is up to us. The movements are calculated for each space on the field 20 times per second. So you can have a lot of data that might seem like overload, but the smart teams know how to maximize what it’s telling you. Having said that, it’s no substitute for a good baseball scout who knows how to evaluate talent. You have to have both to be successful. Data should never replace the human element.

Are their unique challenges that MLB teams face that other companies don’t?

I think the degree of the cyclical nature of things can be a bit more extreme in baseball. During the season you’re just trying to keep things stable, keep things running, and make sure people can do their job effectively. We have a very short offseason, which is when we can actually do projects, and I think that tends to be more extreme than normal businesses. We’re also an organization, and I mean MLB, that moves very slowly. At first, I didn’t understand it, but this is something that’s been around for more than a hundred years and is very close to people’s hearts. It’s designed to not make big changes quickly for the tradition of the game.

If you think about it, we’re not all that different from Hollywood, right? We have stars that put on a performance that we sell tickets to and we have to put a marketing effort behind. My organization makes sure all the technology works so the show looks good. We have to touch all the technology people use—phones, software, scoreboards, etc. And we do this 81 times a year where we invite 40,000 of our closest friends to come experience the show, so you have to make sure everything works. We have 5,000 things in the stadium that connect to our IT network and it’s up to us to make sure they work properly.

Bull Durham, hands down. Not just because it was a great movie, but because it kind of parallels our team identity and my own background. I grew up in a family of farmers, all the way back to my great-grandfather. So how did I end up in technology and baseball? My mom ran the library at our elementary school and one day something magical called an Apple IIe showed up. I had endless access to it and was hooked on technology.

What’s it like to say you’re a World Series champion?

It’s kind of funny because it didn’t really hit me until the parade in Kansas City where 800,000 people showed up. It was amazing. But also, it’s a special feeling for me personally to share with my dad. He was a state champion pitcher in Illinois, and had the ability to play in the majors. But then I came along and he made the choice to go back to work on the farm and provide for us rather than chase his dream of playing baseball. This job I have, this World Series championship, in a lot of ways is for him because of what he gave up for us. So it’s really special to be able to share it with him.