Scott has extensive experience in sports management and spent 13 years leading the Frisco RoughRiders, a Double-A affiliate of the Texas Rangers. During his time at the RoughRiders, the club was twice named “Organization of the Year,” received Baseball America’s top accolade, the Bob Freitas Award, and led all 30 Double-A teams in attendance every year.

Building on the “Create | Communicate | Execute” framework outlined in the Fall 2020 Journal article Business Lessons from the World’s Most Strategic Race, our conversation with Scott focused on key aspects related to the team’s creation, how management communicates with stakeholders, and what executives did right in executing their strategic plan. 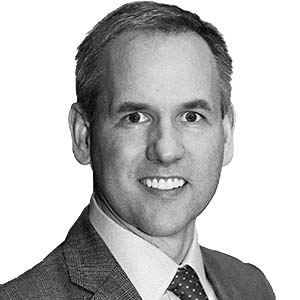 How did the Jackals end up in Dallas?

Dallas is a very crowded sports market, but rugby is one of the fastest-growing sports in the United States right now. And that means there are opportunities. It’s been described as the most complete team sport, because not only does everyone have to run, catch, and tackle, but the ball is almost always in motion, so functioning as one unit is imperative.

In addition, there are fewer concussions and serious injuries in rugby than there are in football or soccer, which makes it a great alternative as kids steer away from traditional sports and parents look for new ones for them to play. With Dallas being a hot growth market and a top five media market with some active rugby teams already in the area, it made a lot of sense to bring the Jackals to DFW.

What’s the most important thing you got right when you put the organization together?

To me, culture drives everything. And it’s more important than almost anything in business. The first thing we did was identify our core identity and our values: tradition, respect, and family. We keep those central to everything we do, and that helps drive our strategy instead of the other way around. We made our people part of the process as we created our plan, because that drives dedication and ownership. We did focus groups of rugby enthusiasts and those totally unfamiliar with the game, which taught us a lot about how to connect with the market and what people are looking for in sports entertainment.

To me, culture drives everything. And it’s more important than almost anything in business.

What is one of the biggest misconceptions about rugby?

I think if you asked the average person to describe rugby, they’d say it’s violent, and bloody, and played by hooligans. Rugby is certainly not a gentle sport, but most people don’t know about its longstanding traditions of sportsmanship. In rugby, you’re not allowed to argue with the referee — it’s “no sir” and “yes ma’am,” which is refreshing. Another tradition is how after matches, the opposing teams, coaches, and referees all get together for dinner and drinks. The game might involve collisions and physicality on the field, but it’s rooted in respect and camaraderie.

What sets the Jackals organization apart from other sports teams?

We challenged ourselves to be more involved in the community than any other sports teams. Obviously, we’re smaller and have fewer resources than baseball or football organizations, but pound for pound, we want to make an outlandish impact in the community. This benefits both our staff, who can see our culture playing out in real time, and the community that we are trying to impact.

To be a sustainable business, we must be involved in the community — to help drive the popularity of not just the Jackals, but of rugby as a sport. We are looking at this as a long-term vision. Last year, our plan to engage with local schools was shot due to COVID-19, but we still intend to be active there when we can safely work with students. We’re going to run rugby camps for kids and provide training and equipment to schools for their physical education programs. This is part of our strategic plan, and we’re looking forward to executing on it.

How do you measure success?

Some things are easier to measure than others because they are quantitative rather than qualitative. Obviously, we can measure ticket sales, attendance, and how many sales calls we make or sponsorships we get. We’re also tracking how many classrooms our physical education programs are in, how many kids we impact with our clinics, and how many new youth rugby teams we help start. And then you have things like perceptions of the team, of our facilities, of our mission and values. All these things together determine our success. It isn’t just a matter of dollars and cents because that’s what our core identity demands.

How hard was the decision to wait until 2022 to launch the team?

It was a tough decision at the time because we felt like we were ready, but you only have one chance to make a first impression. When it came down to it, giving ourselves a longer runway to execute our plan in a more normal environment was the right call. Emotionally, a lot of people were invested in launching earlier, but the plan hasn’t changed, only the timing. We hope to see everyone out in 2022 at Globe Life Park supporting the Jackals and some great rugby!

The Dallas Jackals are a professional rugby team in Major League Rugby (MLR), the highest level of rugby competition in North America. The Jackals were named an expansion team in 2020 and will play their inaugural season in 2022 at Globe Life Park in Arlington. To learn more about the team and for ticket information, visit dallasjackals.com