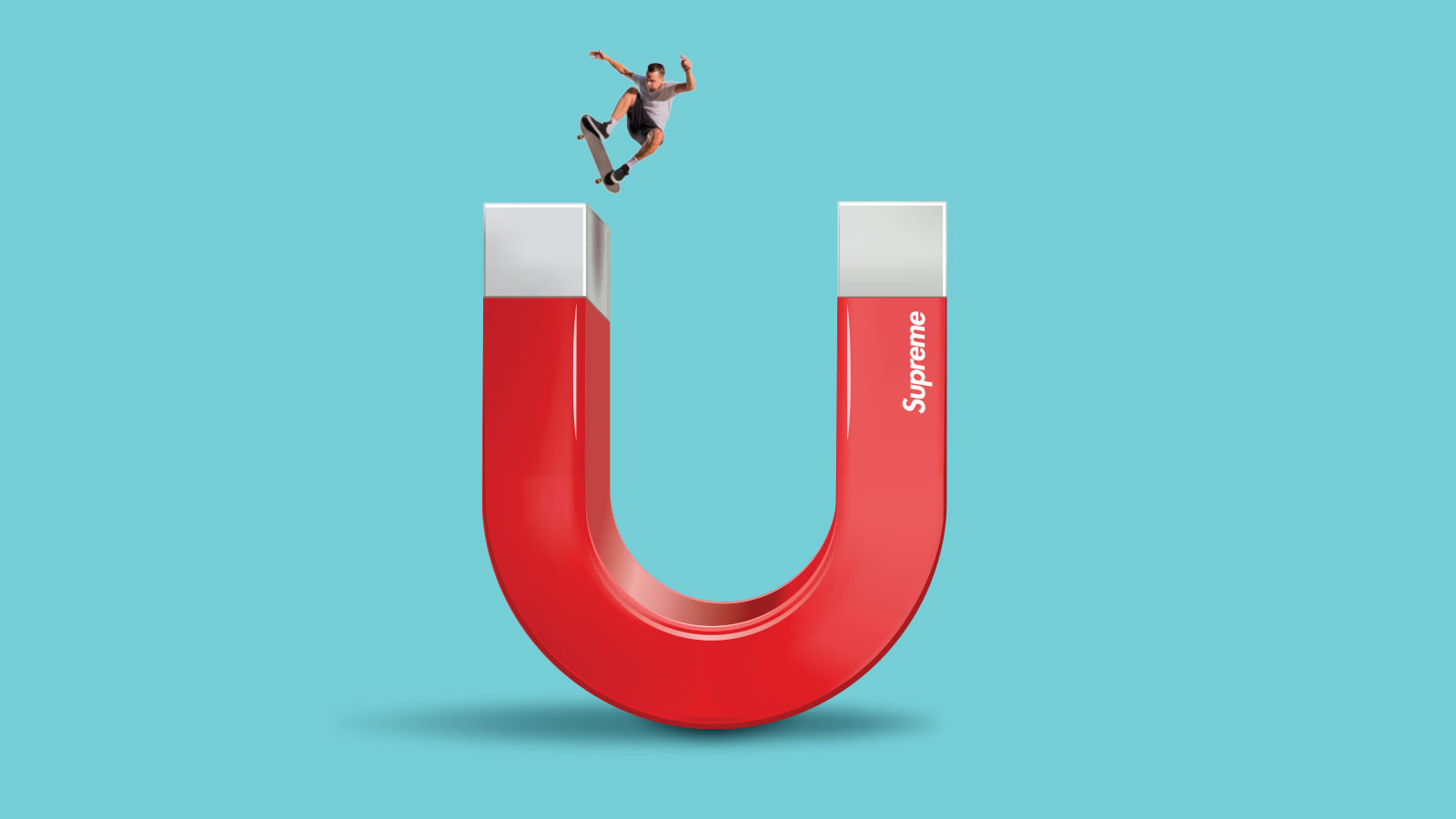 Why Branding Matters More Than Ever

Due to the influence of consumer sentiment, it is more important than ever before for a brand to create meaningful and authentic touchpoints.

Whether you are a Supreme customer or not, you’ve undoubtedly seen the company’s iconic red-and-white logo plastered across youth T-shirts and celebrity-owned hats, mixed with the Louis Vuitton monogram, and even on useless items—items that sell for hundreds if not thousands of dollars, such as bricks and crowbars, all over social media outlets and out on the streets.

This 25-year-old company continues to stand the test of time by building a cult following willing
to dedicate substantial portions of their lives—from waiting in long lines to learning about, discussing, and trading merchandise online and in the streets—immersed in the culture.

Conversely, how is it that the well-known fast-fashion brand Forever 21 was compelled to file for bankruptcy with a corresponding closure of a third of its stores? Yes, an overaggressive and outdated retail channel strategy is a major reason, but let’s explore one that is less talked about: branding.

People purchase certain brands because it reveals something deep and individual about themselves, whether they are conscious of it or not. While not a perfect comparison between Supreme and Forever 21, the stark difference in the intentionality of their respective branding and purpose reveals something interesting about our purchasing behaviors. At the end of the day, it would be hard to articulate what Forever 21 stood for beyond being a brand that offers cheap and fashionable clothing. Whereas Supreme, a brand that focuses on a very narrow but dedicated group of people, has now gone beyond just streetwear into high fashion and has become a cultural giant. 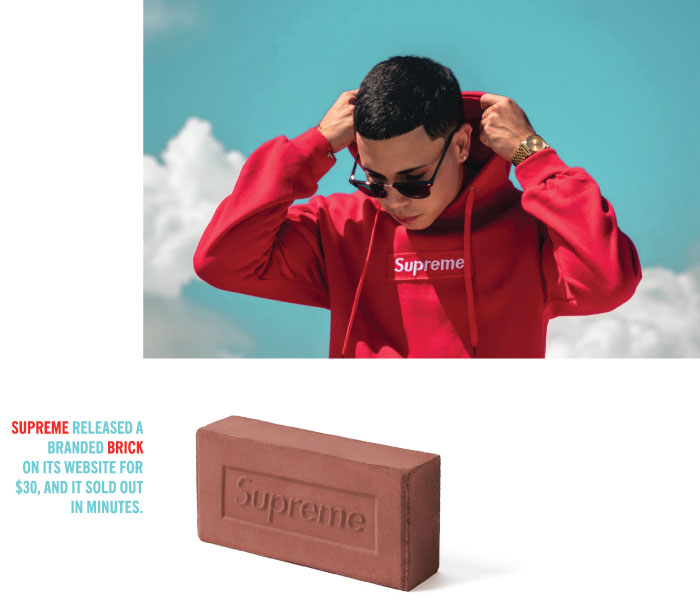 Branding Basics: What It Is And How It Affects Us

The logo, while important, is merely one of the many visual aspects of branding. Brands use many different elements and references to craft an image in the consumer’s mind and a feeling that can lead to repeat purchases and brand ambassadorship. In this article, we’ll explore the basic elements of brands. This will serve as the foundation of understanding why some brands become cult icons and why some brands fail.

Brands are marketing tools that create and communicate distinct value to the consumer through a variety of different means and thus differentiate one brand from another in the marketplace. From a psychological perspective, think of brands as a mental shortcut for the consumer to instantly recognize the sum of experiences and feelings associated with a brand.

For example, when you see golden arches as you drive through a McDonald’s, whether you are consciously aware or not, you may feel a sense of nostalgia, one developed earlier by Happy Meals with a colorful toy included. You know exactly what you are going to get each time you buy a McDonald’s meal. The brand has intentionally created experience expectations for its customers.

Which brands speak to us and how we choose to interact with them could mean something about ourselves at a deeper level, and that is why it matters. It is why Elon Musk can sell us a “Not a Flamethrower” for thousands of dollars and why Tiffany’s can mark up its jewelry. We’re being gimmicked, and we love it and buy in, literally, thus making the brand messaging real. We’re not buying a modified propane torch, but a piece of a genius’ brain and being a part of the innovation
story Musk is trying to build. We’re not buying a shiny piece of metal in a robin’s-egg-blue box and bag, but a symbol of our love and dedication to our significant others. Even companies like Brandless, which is seemingly antibrand and “makes stuff that makes life better,” is unmistakably
and ironically trying to build a strong brand for itself and its customers. So if we can’t escape branding, let’s seek to understand it to become smarter consumers in our domestic lives and smarter managers in our business lives. 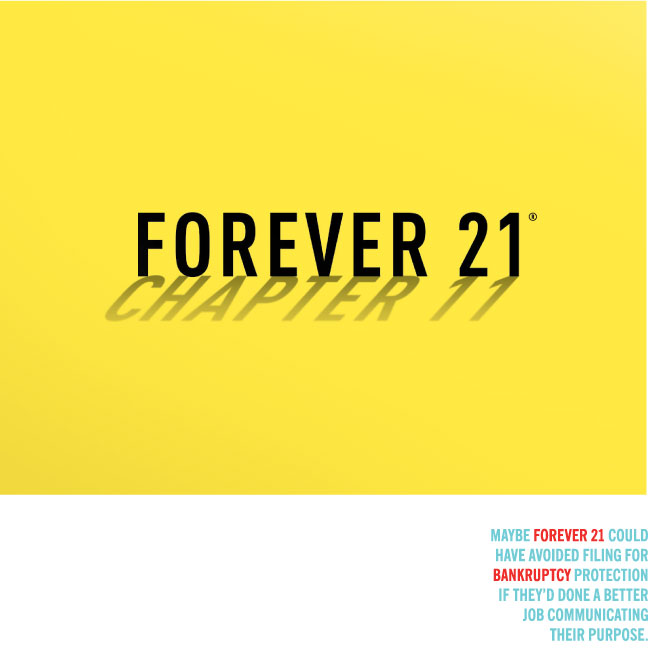 What Are The Core Elements of A Brand?

It all starts with the “who” the company is offering value to and “how” the company can offer that value. The “who” is popularly referred to in the marketing world as the target market, and the “how” refers to the strategies and tactics used to provide value to that target market. These two elements of “who” and “how” are core to both marketing and brand strategy.

Let’s focus on “how” a brand communicates offering value to the customer and what tools managers have at their disposal. Think of the most iconic brands and what images come to mind. In the cereal category, a cartoon character of a tiger cheering on your daughter’s soccer team may come to mind. Tony the Tiger, a brand character owned by Kellogg’s Frosted Flakes, is an identifier that Kellogg Company can use to encourage physical activity. Or maybe it is a British gecko whose trustworthy voice and nonthreatening form encourages you to save money on car insurance. For automobiles, a smooth-talking Matthew McConaughey representing Lincoln may be stuck in your head. McConaughey is used as an endorser and reference and is not an asset solely owned by Ford Motor Co., which owns Lincoln. Ford leverages McConaughey’s persona and popularity to make a statement about its offerings.

So now we have a separation of what is at a manager’s disposal to craft a message of value to the consumer: owned and non-owned. Of course, besides the character, the company also owns other important elements, such as the logo, motto, sound marks, packaging, and product design, protected under intellectual property law. Each of these company-owned elements should be carefully thought out as branding tools, at the onset, and then carefully used consistently as guiding principles throughout the life of the brand. For example, because color and form are visually immediately recognizable, it would be unthinkable for McDonalds to change the color of its iconic golden arches to robin’s-egg blue. Analogously, it would be blasphemous to suggest that Louboutin’s iconic red-bottomed shoes be any other color given the consumer’s and designer’s strong association of the luxury shoe’s red with passion, luxury, and flirtation. Now, each owned element of a brand can be broken down and further analyzed for meaning. We just explored color, but lettering and typography, symbolism, and even the meaning of the name of the brand, whether suggestive like Krispy Kreme or made up like Pixar or Accenture, can provide clues for the consumer and manager to figure out the purpose of the brand’s communication.

Brands also employ non-owned elements to build a brand. Brands don’t own brand ambassadors, but, whether paid or not, brand ambassadors, especially in today’s social media world, ideally would demonstrate the values of the brand and lend their credibility to the brand’s offering. Now, using celebrities or other influencers can certainly backfire. Just think back to any point in time when an athlete or celebrity lost a deal due to conduct that caused an outrage. There’s a reason Disney centers much of its branding on Mickey Mouse or the Disney castle that you see preceding any Disney feature. These are completely owned and controllable assets, and Miley Cyrus, former Hannah Montana, is not. Ambassadors and celebrity spokespeople are two of the most obvious non-owned brand references that brands can use to create meaningful connections with their consumers. There are, of course, much more non-owned elements brands will try to use, such as place (Corona and beaches), needs (Gatorade and thirst), and occasions (Hallmark and holidays). Ultimately, brands need to create meaningful and authentic associations with their customers to stay relevant and can do so through a variety of owned and non-owned references. 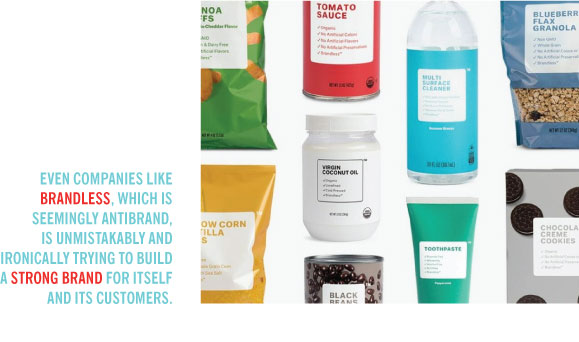 So why does branding matter now more than ever? Information flow has never been quicker and channels of communication never before so broad. Additionally, dynamic consumer sentiment guarantees the quick loss of appeal for brands that can’t be both timelessly relevant and constantly innovating. This means that only brands that stand for something, and thus create the most meaningful and authentic touchpoints with customers, will survive. Supreme started as and still is a doggedly dedicated streetwear fashion brand that caters to the skateboarding crowd and provides owners a sense of cultured rebellion. Because of the brand’s authentic appeal, Supreme doesn’t have to pay for celebrities to wear the brand—they just do.