How does adding hundreds of new employees to an iconic brand in a new market impact the culture of the company? What can the addition of an on-site daycare center do to employee retention? How does one of the most recognized brands in the world continue to innovate and lead its industry? We posed these questions to Lars Minns, Mercedes-Benz head of HR for the U.S., Mexico, and Canada. Buckle up if you want to keep pace with Mercedes-Benz. 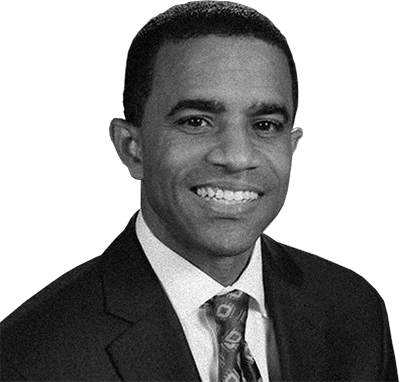 What was your path to Mercedes-Benz?

I got into IT recruiting in the midst of the dot-com era, which, I think, if you’re getting involved in IT, is probably the best time to do so. I worked with a few different IT consulting companies in talent acquisition and then with The Home Depot, where I supported their IT organization. That was a time when they started to get serious about investing in technology and I was happy to help them grow that function.

And then Mercedes-Benz called.

Well it’s funny, I felt like I was working with a big name brand already, but the more I looked into Mercedes-Benz, the more I became enamored with the company. They had big plans and this was a chance for me to help them at a critical time. In general, Mercedes-Benz hadn’t typically hired a lot of people because as a great place to work, turnover was incredibly low. But with a major expansion planned, we were looking at hiring 300 people in eight months—and if you’re going to do that, you have to be absolutely sure about the people you’re hiring. And it gave me the chance to be the architect of this change.

We have so much data from the time someone joins until they retire, and I’m trying to use it to provide different and better service offerings to our employees.

And now you’re leading HR. How did that happen?

I’m currently the head of HR for the U.S., Canada, and Mexico. It was a transition from helping people find a home at our company to helping people understand and grow their value. We have a very low unemployment environment right now, which favors employees because the market for talent is so tight. At Mercedes-Benz we want to make sure we are communicating to them how they grow their value, their skills. And it goes beyond communication, because you have to have the tangible tools and programs in place to support them, but by helping them build value, they become more marketable for growth within the company or at other companies should they decide to leave.

You don’t worry about them leaving?

Our philosophy is to develop our employees to be the best they can possibly be and give them an environment at Mercedes-Benz where they can grow and succeed over their careers. We have a lot of positives that make working for Mercedes-Benz highly desirable. We are extremely competitive with our total rewards, which includes everything from bonuses to work-life balance, support programs, etc. And on top of that, we have an immense pride in the brand.

How does adding so many new people in a short amount of time impact your brand?

When we had to hire all those people, Mercedes-Benz was opening in Atlanta in 2015. It definitely impacts the culture of the company. But in our case it invigorated it. We hired people from
all disciplines of business and industry, not just automotive people. It really helped create a balance in our organization. Employees are a lot more vocal, a lot more receptive to new ideas. They push new ideas and new perspectives, which really invigorates the organization. It also creates certain challenges when you mix people who have been with the company for a long time and new people who want to make an impact. It’s a good problem to have because everyone loves the brand and wants it to succeed.

What is one of the biggest challenges you’re facing now?

Our industry is constantly changing, and over the next one to three years you will see significant change in the automotive space. One of my challenges is to prepare our workforce for those upcoming changes and make sure we’re ready to lead the industry. One of the things I’m trying to pioneer is better use of the data we have to help make better decisions for our people. We have so much data from the time someone joins until they retire, and I’m trying to use it to provide different and better service offerings to our employees.

What’s an example of something you’re proud of at Mercedes-Benz?

One thing for sure is our commitment to working parents. We have an on-site daycare called Little Stars Academy where parents can bring their young children while they are at work. In just the few months since it’s been open, we’re at near capacity, and the feedback we’ve received has been tremendous. Just taking that stress off of parents about finding childcare really works wonders. We want Mercedes-Benz to be at the intersection of career, company, and lifestyle, and this is one way we help make that a reality.

I used to think that the harder I worked and the more time I spent on developing my own talents, the more success I would have. But in reality, I got advice from a former mentor who told me to double down on my level of exposure. If you run in certain circles, find a way out of them from time-to-time and build new relationships. Find ways to be someone else’s helping hand. When I started at a small company more than 20 years ago I never imagined I’d be where I am today and I credit that to
the great relationships I’ve built along the way. It’s been an amazing ride.